The Credential Society: A Historical Sociology of Education
and Stratification
Randall Collins

Credentials. It has such an authoritative ring, doesn’t it?  You can almost hear the man asking to see yours.

And why shouldn’t it? The root–cred–is from the Latin credere which means to believe. So you get all those great, strong words: creed, credulous, credulity, even street cred. It all boils down to the same thing: it’s safe for you to believe in the idea or the person at hand.

Randall Collins might  ask, is it really? More specifically, he might ask that question when the credential being proffered is educational  It’s safe to say that the more high faultin’ the piece of paper, the more skeptical Collins would be.

Before I get into the book itself, which I found to be one of the most  thought-provoking sociological studies I’ve ever read, some caveats are in order. First, the book is out of print and the rare copy that shows up for sale is expensive. I paid $40 which was a bargain–the going rate seems to be about three times that.  So find it in a library if you can.

Second, the academy has its fashions and Collins’ approach is decidedly not a la mode. I was schooled by old guard Leftists and outright Marxists, so the approach Collins takes is  familiar.  As are the sources he cites. You know you’re singing from the same hymnal when the first citation you look up is one of the more obscure (but to me profoundly important) Marxist interpretations of labor markets. 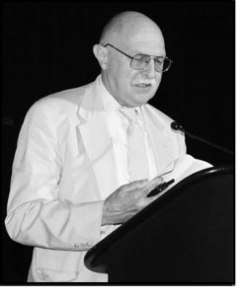 Collins himself is no Marxist. That doesn’t make him a squishy liberal either  He’s deeply rooted in the now unfashionable idea that social conflict is a fact and lies behind not just simple disagreements on means and ends but actually explains observed outcomes and social structures.

The polite term for social ordering among American sociologists is social stratification. That’s really just a way to talk about class without using the word. Class has never had a strong grip on anyone’s imagination in the USA and yet we clearly have a persistent underclass and an elite strata that gets a considerable share of the goodies. That would be the much reviled 1%. The other 99% should not believe they aren’t in the game, though.

Collins looks at the role the educational system plays in allocating outcomes. Like other, mostly European, social scientists, among them Bourdieu and Habermas, Collins believes in cultural or social capital. This in itself shouldn’t be controversial. You can read Robert Putnam for the optimist’s take on building and using social capital for the common good.

From a more critical perspective, though, you can look at how social capital can be hoarded and deployed to ensure outcomes for its holders just like economic capital. That’s where Collins dwells, starting with the idea of class (there, I said it) mobility.

In some systems, like many in Europe and Asia, examinations are used to determine what career path one follows. By contrast in the US, we allegedly engage in a fair, Horatio Alger fight. Collins defines these as branch mobility and contest mobility. The goal for the player in the contest system is to make it to the top of the heap. Simple, really. In the economics department and the B school they call it maximizing outcomes and the desire to do so is the great driver of markets.

So just how do you you maximize your economic outcome? Pick the right profession.  That requires the right schooling. And here’s where the liberal worldview gets turned on its head.

In the mainstream liberal view if you fix the schools you fix social problems by improving everyone’s chances. Don’t believe me. This is right from the horse’s mouth:

I wouldn’t expect anything less from the man who embodies this mistaken belief and has stacked his administration with the graduates of certain schools to prove it.

Collins skewers all this nonsense in just 200 or so pages. He looks at 3 professions–medicine, law and engineering–and demonstrates that in two out of three cases the educational requirements are actually divorced from any job knowledge, which, as for most occupations, is gained on the job.

He also points out that among these 3 the more highly compensated and prestigious are the two where the outcomes are most mysterious to the non-practitioner. Everyone knows when the engineering fails; doctors and lawyers always have an excuse. In fact, Collins demonstrates the exclusivity of law and medicine are rooted in medieval practice and have little to do with current  reality.

Why all the school then if you really do learn on the job? Because as the Obama administration example demonstrates, the best jobs–including, beyond the White House,  top-tier law firms, investment banks, hedge funds and Fortune 500 companies–are limited in number.  Maybe more important, these are also the highest-paying jobs.

Americans don’t like the idea of rationing, but these jobs are rationed because they are limited. Everyone may (or ought to) have the opportunity to start and build a business but the existing slots, at any point in time, are finite.

So what’s the de facto  rationing mechanism? How much one spends on education in time and money which also amounts to where one goes to school. And that’s a function of either how much debt you think you can afford or how much money your family has.

It also puts that goal of the ‘best’ schools to create world leaders in in its proper, undemocratic perspective.  As for the promising young people from disadvantaged backgrounds who gain admission to the sanctum sanctorum of the Ivies, compared to the numbers in the population the few who are tapped are a rounding error. They appear to make the system work while not really changing anything.

All this, of course, would be griping if Collins didn’t have data to back up his assertions. But he does, right down to Gini coefficients. Backing this up are observations that alone are worth the time spent with the book. And does anyone really think we’d be having the same conversations about education almost 35 years on if schools were really about education and not allocating? As Collins points out

“…education is part of a system of cultural stratification and [that] the reason most students are in school is that they (or their parents on their behalf)  want a decent job. …Reformers expecting that intellectual curiosity can be rearoused by curricular reforms or by changes in the school authority structure were projecting their own intellectual interests onto a mass of students for whom education is a means to a non-intellectual end.

I’ll be honest with you. Most people will hate this book. It’s far easier to just go along with the prevailing belief in American exceptionalism  Thinking people, though, ought to at least consider the possibility something’s wrong and whether they are part of the problem.

Then maybe we could have a more productive  conversation.

5 thoughts on “Send My Credentials”