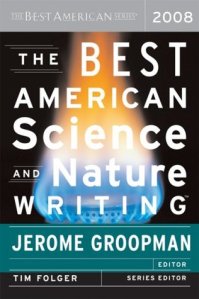 Luckily, science doesn’t come with a ‘sell by’ date. That’s a good thing because I run so perennially behind that getting to the’ 08 volume in ’14 is actually admirable.

As was the job done in helping assemble this volume. I’ve been known to refer to myself as a failed engineer, which is true. But, seemingly in penance, I gravitated towards social science and went on, eventually, to 3 semesters of graduate school math. My point is, I have an inner nerd that I like to satisfy.

I also believe in acknowledging the obvious and that’s that too many social scientists have science envy. (Economists seem to have the worst case and also seem to believe that their role in the social science realm is akin to that of the physicists in the hard sciences. But, I digress.) That leads to overstatement and posturing and being all too easily dismissed by anyone with a bent towards the rigor and method of science. As in any other sphere, there’s good and bad and the trick is to make the distinction, not avoid the subject entirely.

Jerome Groopman, M.D. (which is what the cover of my edition screams) has not shirked that task. In fact, this might be the most social science friendly edition of this series that I’ve read to date. Out of this volume’s 24 selections, you can safely assign about 20% to fields I think of as being part of social science: physical anthropology (archeology if you must), linguistics, psychology. There’s room to argue with my contention but the fact remains that this volume is not limited to physics, chemistry, biology and the practical applications of them. Score one for the MD. 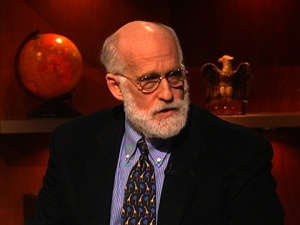 Jerome Groopman on The Colbert Report

There’s plenty worth reading here. Like James Geary on a post-Cold War assassination carried out using a biological agent. Or Todd Pitock on the project of aligning science with Islamic teaching. Or Oliver Sacks on a hidden talent emerging after a shocking encounter with nature raw and wild. None of these pieces stints the tough stuff but they are lucid pieces of exposition that inform and entertain. That’s always a welcome trick in these parts.

The longest piece in the book, John Colapinto’s ‘The Interperter,’ which originally appeared in The New Yorker, is the one that really stood out for me. It’s a (typically) detailed profile of the linguist Dan Everett and his work with the Pirahá, a native people of the Amazon basin.

Linguistics is one of those fields that fascinates me; it’s probably due to the odd marriage of language and science. So I dabble when I can do it without getting a headache. (Complete aside: David Carkeet has written two novels, mysteries really, in which his hero is a linguist. They’re an easy, fun way to tiptoe into the subject.) So the manner of Everett’s entry into the field didn’t surprise me: he was a missionary. 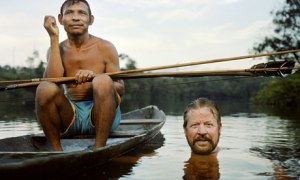 Yup, one of the great, wide-open secrets of the world is that a major linguistics and language center, SIL International (formerly the Summer Institute of Linguistics,) was formed to translate the Bible into the world’s less-widely spoken languages. Everett is just one of their graduates.

And what Everett has become known for (I suppose in the linguistics community it might be construed as being infamous for) is taking on Noam Chomsky. Arguably more widely known for his provocative views on the US government, it’s important to remember that Chomsky is a giant is his field. Anyone who has even a vague knowledge of the concept of universal grammar (U.G.) knows Chomsky’s work.

I’m not well-read enough in linguistics to know all the nuances of the debates around U.G. (Although the most amusing one is that Chomsky, the outspoken critic of American imperialism, is often accused of his own imperialism based on using limited data sets, i.e., a small, Euro-centric group of languages.) For U.G. to operate the same way a scientific theory does it has to be the best explanation for the observable facts.

So far so good. Then, enter the Pirahá. These folks have one of the world’s simpler languages, at least in the sense that it does away with the trouble of tenses. The Pirahá exist entirely and eternally in the present. They don’t speak about what has happened or what will happen and they don’t have a sense of history.

Everett’s conflict with Chomsky centers around a linguistic concept known as recursion. That’s basically the way of building sentences within sentences in a manner that’s infinitely creative and malleable. Forward in time, backward in time, both, recursion allows the form of written and spoken language to create deep meaning and fine nuance.

Everett says the Pirahá’s language is non-recursive. And that blows a hole in the whole U.G theory because, like a black swan, it only takes one exception to make a whole world view (that would be the universal part) incorrect. Adjectives are a bitch and this whole academic kerfuffle could arguably have been avoided if the linguists, Chomsky first and foremost, had spent a little more time with the dictionary.

And that’s just one tale. The whole volume is filled with stories that will expand your appreciation of science in the broadest sense.

2 thoughts on “Science: It’s Not Just About Nature”