Espionage. It’s probably one of the cooler words we English speakers borrowed from the French even if we’ve had a word with a similar sounding root bouncing around since 1200 or so. (For the curious, that word is espy.)

A great word ought to serve a great purpose and so it does. At least when it comes to the 20th century version of the craft. You could be forgiven for thinking that the practice somehow emerged full-blown from the foreheads of the US and Soviet governments after the Second World War. After all, what would the Cold War have been without what Jethro Bodine used to call “double naught spies.”

In fact, I often think that the entertainment landscape of the late 20th century would have had to create espionage if it did not already exist. But there it was, hiding in plain sight. Populated by elites from the best schools, creating interesting acronyms, bearing fabulous names. No wonder it made for such great movies and books.

Let’s be clear: most of those books and movies were pure commercial products designed to move units. That didn’t mean they weren’t great fun. I’m on record with my weakness for that sort of thing when it’s well done.  But they didn’t aspire to art. 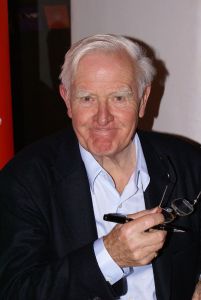 David Cornwell aka John le Carré
The man behind the mask

My friend, the short story writer Alexander Feinstein, once said in passing that John le Carré was different. His work, Alex averred, was literature. And so, smarting from my recent encounter with Waugh père, I donned my hair shirt and dove into the tale that started it all for David Cornwell.

And the tale is not the sort of thing one expects after a lifetime of James Bond, Mission Impossible, Lalo Schifrin and Johnny Rivers. Tinker Tailor, above all, is a quiet book. And while there’s action, it amounts to perhaps one chapter’s worth. It’s certainly not the proportion we expect in a spy tale.

Meet our hero, George Smiley. There’s a spy name for you.  Actually, it could be the ultimate spy name, smacking as it does of everyday anonymity. It’s the name of a career civil servant, which he is. That’s how it should be since it’s hard to keep a low profile when your moniker calls attention to itself. Guy Francis de Moncy Burgess.  James Jesus Angleton.  Cornwell could start a side business in making these guys less conspicuous.

In my mind’s eye, Smiley is a lumpy sort of man, just past middle age. Think of Harry Potter‘s uncle in the film series.  He is, when we first encounter him, at loose ends. His career has come to an abrupt and, one suspects, ignominious end. His wife, who may have become a poster child for unfaithfulness, has left him. Smiley has been reduced to his tasteful collection of books and art, his club and people he’d prefer not to encounter again.

And then, suddenly, he’s back in the game. Called from career exile to help determine if his former place of employment has, indeed, been compromised. And so it begins.

It’s also where it gets different.  Pick any spy story and once the assignment is made we’re immediately in procedural land.  Jim Phelps gets the self-immolating reel-to-reel tape. Ethan Hunt gets briefed. Evan Tanner gets plucked from obscurity. Whoever the hero, once the goal is established things start happening, often at an increasing pace. 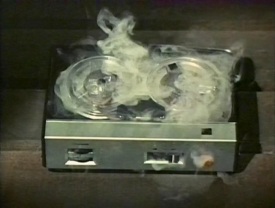 In my childhood, this is how spies got their assignments. I don’t know that anything since has struck me as being so cool.

Smiley gets driven to a country house, takes a meeting and then checks into a small, obscure London hotel and proceeds to not sleep. Files are brought to him. He reads. He has conversations about the politics of how a negative finding might be received in Whitehall.

There is a side tale, a related story that opens the novel. That track focuses on Jim Prideaux who we recognize as a field operative even before that’s established.

Don’t get too excited about the cool, Frankish, spy-like name. It’s a pseudonym. He’s Jim Ellis, another every man except that he’s essentially an assassin. Ellis/Prideaux is sold out, nearly wiped out and then quietly repatriated. All of which figures into uncovering the mole. 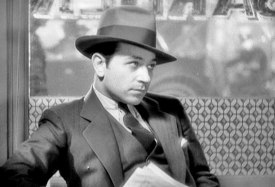 George Raft
1901-1980
What Raft did for the fashion sense
of gangsters le Carré did for the
language of spying.

That should be dramatic, right? We spend hundreds of pages drawing to a dramatic close. We assemble all the players in a safe house late at night and unmask the bad guy. Here’s where it should get violent.

But we’re in Britain, and it’s a fair cop, so the mole, uncovered, is quietly led away to become  a bargaining chip between the great powers. There’s a bit more but not much more than explication of motive.

It’s hard to read this book and not think it’s the roman à  clef of Kim Philby.You may not be familiar with that name but he’s the poster child for British post-war treason. You can do a pop culture crash course in Britain’s Cold War spy mishaps by watching two 1980s films: Scandal from 1989 and Another Country from 1984. As a bonus you’ll get to see the current crop of middle-aged British movie stars when they were just starting out. 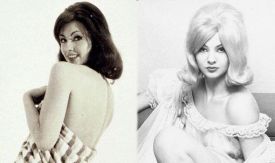 But is it literature?

I think it well could be. Certainly, the language is a cut above the usual best-selling thriller. But even if le Carré is credited with bringing the language of institutionalized espionage into the light that wouldn’t be enough.

I think the answer lies in that quietude. At the end of the day that quiet permeates all, it allows Smiley to live within it, to do his work in a deeply interior place. And that ability of Smiley’s is also his undoing. The great revelation at the heart of this book isn’t that there’s a mole;  it’s that we are most often the instrument of our own undoing. Even if someone else needs to recognize how to get us to undertake that task.

And that, my friends, is the truly meaty stuff of literature.

2 thoughts on “There’s a Rat in Mi Kitchen”