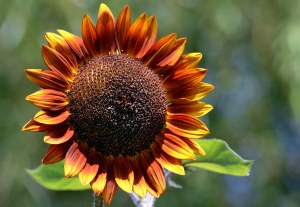 I first conceived this post on what was meant to be the first of my summer-end outdoor swims.  But the temperature at swim time was 58 degrees (F)  and there are limits to my fortitude.

That bracing change put me in mind of the approaching season, even if the weather, in the days since, has rebounded to a more seasonable pattern. Like the genie, though, that wistful feeling isn’t going back into the bottle anytime soon.

Let’s celebrate, then, by looking forward through the prism of some great songs about the most poignant of seasons. I’ll highlight a baker’s half-dozen here and include a Spotify playlist.

This Vernon Duke-penned gem is, for this boroughs-born kid kid, the quintessential statement of the season. Okay, I admit to being a sucker for almost any pop culture product created in the city between, say, 1920 and 1970,  but this one holds a special place for me. Though only ever a hit for Frank Sinatra , the song is a de facto, standard, existing in sung and improvised versions galore. What I love here are the spare arrangement, Ella’s phrasing and Armstrong’s casual-sounding solo.

From a classic album that was almost wasn’t recorded, this ballad finds Coltrane and his killer rhythm section (Elvin Jones, Jimmy Garrison and McCoy Tyner) backing a soulful rendering of this song from Peter DeRose and Sammy Gallop.  DeRose, the musical half of the team, is best known for penning “Deep Purple,” not just a jazz and pop standard, but the source of a band name that’s probably unfathomable to most of its fans. I love Tyner’s opening left-hand chords, and, if you listen closely, you can hear Coltrane, behind Hartman, working on the ideas that would emerge fuly formed on A Love Supreme the following year.

Penitential acts are not meant to be public displays. Nonetheless, having riled up singer-songwriter Marc Farre‘s friends and family in a discussion about, of all things, Led Zeppelin, I’m self-shrivening with the inclusion of this gem from the infamous guest vocalist on “The Battle of Evermore.” This song, featuring some very tasty guitar work from Johnny Silvo, with whom she sang in her pre–Fairport Convention days, conveys a lovely, melancholic feel, free of anything maudlin. At times, Sandy’s vocals sound, to me at least, eerily like Grace Slick‘s–which may contribute to Fairport’s reputation as the British Jefferson Airplane.

Another widely-recorded number, this is the first version I remember hearing. Dearie, whose girlish voice always makes me think of her as a piano-playing ingénue, is an improbable vehicle for almost any song. And yet it works, as the songs wrap around her breathy delivery. This song was written by Sunny Skylar, the tunesmith who translated Bésame Mucho into an English-language hit.

Seeing as how I have, unwittingly and without planning to do so, fallen into a 1960s rut, how about hearing from the quintessential British band of the era? No, not The Beatles; they transcended the sceptred realm. Ray Davies‘ band, however, reveled in their Englishness and it shows here, on a single recorded early on between albums. Just to shake things up, it’s a ‘live’ performance from Top of the Pops.

From an album that’s always sounded like outtakes from the Kind of Blue sessions (though it was recorded earlier), comes this extended workout on a classic. I love the tension between the piano and opening horns, but really, it’s just a track to get lost in.  There are (separate, not translated) English and French lyrics to this song, the former penned by Johnny Mercer, which, the mark of a true standard, has been recorded more than a thousand times.

I had a different plan for the Bonus selection but had planned to include this version on the set list. Then, I saw the video and realized what a fabulous job Cassidy did with the vocal while her guitar playing really demonstrates the power the Circle of Fifths brings to that instrument. There are a few other songs on the playlist, but if you end here you’ll still have had what I hope was an enjoyable earful.

2 thoughts on “Autumn’s Coming in the Air”