Harry Potter and the Chamber of Secrets
J.K. Rowling 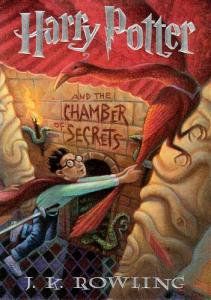 It seems like I’ve been on a sabbatical, though it’s really been a turn of good fortune. In what qualifies as a first-class set of first-world problems, I am trying to reconfigure my days and weeks to reflect a new commute. It’s been, literally, decades since I spent so much time driving, instead of letting someone else do it.

Despite that commute taking less than half as long as the previous one, I’m still trying to find the time to keep up with the reading. I remain stymied by things taking longer than I think they should.

I have, though, kept up on my project of reading the Potter corpus aloud to the AHC kids. That, too, goes more slowly than I’d like, but we read at bedtime and it’s counterproductive to fight the Sandman. All that said, let’s see what’s up with our friend, Harry.

Harry Potter, you’ll recall, is a boy wizard, setting out on his education. This being the second volume of a seven-book series, it’s safe to remark that Harry is the central figure in a sort of multi-volume prose mash-up between two forms: the epic and the Bildungsroman. 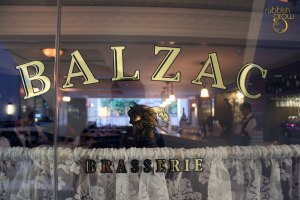 For an author, immortality may be having a French restaurant named after you in Singapore.
Photo from Rubbish Eat Rubbish Grow, a site worth a click and a  visit.

Any number of 19th-century authors, some of whom seemed to make their living by the word (that’s you, Charles Dickens) or furiously rewriting at the printer’s desk as each installment was set in type (mind the coffee and cigarettes, Honoré), would probably admire the commercial aspects of this series that, reportedly, has earned author  J.K. Rowling a monarch-sized fortune.

Here, Harry is entering his second year and the form is set.  Each volume begins before the school year starts and follows the seasonal rhythms of the northern hemisphere. At the outset, we find Harry, no longer confined to a cupboard, but imprisoned nonetheless, at the home of his aunt and uncle. Uncle Vernon is trying to close a big deal with a client and Harry–a non-entity in the ‘real’ world–has been banished and told not to make a sound.

Then Dobby the elf crashes the party, so to speak. 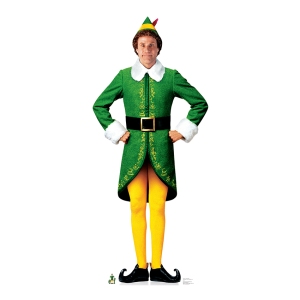 Dobby comes with a warning: Harry mustn’t return to school. But he does, absconding from the Dursley homestead before he can pay the price for Dobby’s,  ahem, additions to the dinner party. The Weasley gang–or at least the fun-loving twins, Fred and George, and Harry’s best bud, Ron–bust him loose and take him home in a flying car. Mr. Weasley, who works on muggle artifacts at the Ministry of Magic, has enchanted an old car. Those of a certain age may find themselves remembering flubber, especially since Mr. W is a bit hapless.

That’s only the prelude to an adventurous term that begins with a missed train,  requiring Harry and Ron to ‘borrow’ that enchanted vehicle to get to school. They find the usual characters at Hogwarts, along with a new Defense Against the Dark Arts Teacher: Gilderoy Lockhart. Lockhart is a delight for an adult reader. A vain, self-promoter, devoid of substance or even much intelligence, he’s nonetheless a celebrity author. It’s a neat commentary on publishing fame and if I’m lucky, my kids will remember it for the life lesson it is.

In this installment, one thing that struck me was the on-going comparison of the magical world with the one we know.  In a neat bit of authorial jiu-jitsu,  when Harry and his pals are at school, it’s the wizarding world that’s real, and the workaday one we know that’s peculiar. Technologies such as photography are viewed by the magical as ingenious, if quaint,  attempts by muggles (that’s you and me) to do things they do naturally. It’s a neat reminder that human inventiveness is itself magical and that everything was a technology, once upon a time. 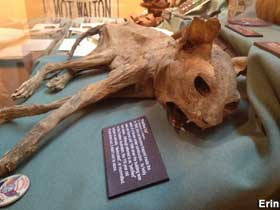 Back at school, trouble starts around Halloween. Mrs. Norris, the janitor’s cat, is petrified (in the wooden sense) and a warning about the Chamber of Secrets and its occupant appears on the wall at the site of the crime. The attack, the first of what turns out to be many, sets everyone on edge.

Among other things, that warning also referenced the Heir of Slytherin, the name of one of the houses, and founders, of Hogwarts. This presented another great opportunity to talk about language with M & D. Slytherin, the house, is named for Salazar Slytherin. You may wonder, I still do, about the Spanish surname as a given name, but his surname makes more sibilant sense when you recall that the house’s symbol is a snake. Remember that, because there’s a reptilian element in what follows.

Thus, the adventure is set: our heroes will identify the rumored heir and stop the attacks. Except it’s not that easy. I don’t want to spoil the fun, but there are a lot of byways to follow. One involves Harry’s classmate and nemesis, Draco Malfoy. This time, Draco’s father, Lucius, plays an important role. The Malfoy clan offers another teaching opportunity, with Draco named after the Latin word for serpent and Lucius named after the king who legendarily Christianized Britain.

Ghosts at Hogwarts can be quite amusing, else why would they be Pythons?

There is also a lot of fun with ghosts. Harry & Co. receive a special invitation to Nearly Headless Nick’s 500th death day party, on Halloween, and so are missing from the main celebration at the time of the first attack. That leaves them immediately suspect. There’s also the ghost of a young girl, a student, who lives in a toilet and makes an entire lavatory unusable.

It’s also a critical locale in solving the puzzle of what’s happening. By the time we get to the key encounter, Hermione has fallen victim to the attacks as well, and so Harry and Ron press on to what is, again, ultimately a one-on-one between Harry and Lord Voldemort. This encounter, though, comes with a twist that was enough to make young Declan gasp. I’m a reasonably good narrator, but it requires great source material to elicit such a reaction.

One final note regarding Dobby. He is, it turns out, the source of much trouble. He is also a slave–there’s no other word for it–to the Malfoy family. Always on the side of right, Harry manages to free Dobby before the book ends.