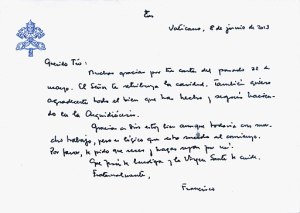 Around here, autumn’s crispness has arrived right on schedule. And while I’ve often tossed around the idea of basing a playlist on my favorite season, I’m not quite ready to do so yet.

What I’ve been dwelling on recently are letters.  Despite email, text and other expedited forms, a physical letter–even better, a handwritten note–still stands out. Is it any wonder letters have served as a starting point for great lyrics?

I’m going to focus on the epsitolary form–songs written as letters–but I’ll be sure to add some gems about letters to the playlist.

Say what you will about The Beatles, they knew a good idea when they saw one right out of the box. Their very first single  featured “P.S. I Love You” as the B-side. By 1966 Macca was ready to take on more than the postscipt. This non-album single from the tail end of their touring band heyday may be unique in having an entirely commercial focus. There’s no unrequited love here, just a plea for a job and a drream about what it could be. This live version gives you a good idea of the frenzied concert experience four years into Beatlemania, and why it had to end.

Every English band in the 1960s seemed to be playing catch up to the Fabs, so it shouldn’t be a surprise that within a year of that musical job application The Hollies recorded a letter-song. In fact, it leant its name (in part) to the US version of their second album. An ‘I told you so’ missive that starts soft and gets jangly when the band cuts in, the tinkly harpsichord at the opening seemed a requirement around that time.

As a band, The Zombies were built around Colin Blunstone‘s voice and Rod Argent‘s keyboards.  That’s a serious foundation given their first single, “She’s Not There,” neared the top of the charts in the former colonies and Argent arguably created the rock tango years before EVH claimed to have done so. Here, the letter writer reaches out to a soon  to be released inmate. What can I say?  It was the 60s. Despite reaching their geriatric years, the band still pulls it together better than most aged acts, even if the venue is a bike shop.

Maybe letters are supposed to tackle serious subjects. Or maybe, some subjects are more serious than others. The United Kingdom has its own struggles with race and immigrants from its former colonies; Rock Against Racism arose  in the 70s when things were especially ugly. It didn’t help that the  government took a law and order tack, a point with consequences delineated here, in a letter home too many people could relate to.

Maybe letter songs appear at 12-year intervals, like musical locusts. I’ve no other explanation for why 1979 also saw The Jam release a song penned as a letter to an old friend. In some ways it’s a brush off, in some ways a tale of lives gone in different directions. It might not be for everyone, but I recognized the sting of lines such as “there’s no time for dreams when commerce calls.”

I have about as much patience for Canada’s Dylan as I do for our homegrown original. So it took an album of covers to make me realize I might be letting the insistent singer get in the way of the songs. This almost too smoky arrangement is fueled by a mournful sax sound I’m always a sucker for.  It’s an ambiguous note, drafted on a cold night in New York, full of inside information and a cryptic Scientology reference.

Before she blew up her career, my contemporary, Michelle Shocked, was a serious contender in a class of singer-songwriters that included a bunch of heavy hitters. This song was the single from her first album and it’s a perfect bookend to “Burning Sky.” Playing off the contrasts between lives past (in Texas) and present (in the largest state in the Union and skateboard punk rockers in NYC) it’s a believable tale of separation. (Not available on Spotify. Sorry.)

I hesitated about including this one because, in all honesty, I’ve never been sure if it’s a letter or a conversation. I suppose that has a lot to do with the way I was taught to pray as a child. In any case, a letter is almost one side of a dialog so it’s worth including.