Down There
David Goodis

Vanity act that this space is, I do like to keep the reader in mind. Arguably, I fail miserably at that task for a simple reason that also explains my academic and career paths: I lack the ability to focus.

Oh, I can complete tasks, but in a world of enticing choices, I like to keep my options open. So, while I could pass my choices off as eclectic, I think undisciplined offers a far more accurate description.

Then again,  here we are with yet another crime novel.

I can explain that away in any number of ways. Aesthetic: I’m trying to completely fill a shelf with LOA volumes and I’m more than halfway through this one. Impatience: Despite an abundance of contrary evidence, I do like to finish things. Indolence: these plot-driven tales tax my limited cranial capacity far less than more serious tomes.

Maybe I should just fess up to enjoying them. That’s not a crime, right? We read for enjoyment. Well, I do. I admire professorial types who can read all the works of an author, parse fine distinctions and tease out new insights. I’ve never been able to do that in anything but a superficial way. But I can get lost in a book. Even a crime novel deemed literary enough to get the national treasure treatment. 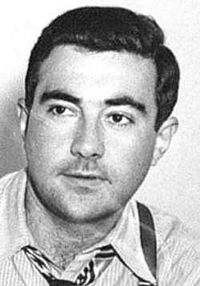 David Goodis
1917-1967
Besides the books, he set a precedent in copyright law he never lived to see.

Maybe especially such a book. This is the fourth novel collected in this survey volume and I’m now batting .500 in the authors-I’d-known-of-before department. Despite David Goodis being unknown to me (and what better proof do you need of my moth-like attention span than how few noir writers I actually know?), he clearly belongs in this stable of post-war thoroughbreds.

Here we encounter Eddie Lynn, born Edward Webster Lynn, who earns an extremely meager living as the piano player in a dive bar called Harriet’s Hut. Actually, we first encounter Turley, who, it turns out, is Eddie’s brother. Turley is running–aimlessly?, purposelessly?, purposefully?–through the streets of one of Philadelphia‘s rougher neighborhoods in a snowstorm that will soon develop into a blizzard. He’s in search of Eddie, trying to avoid unwanted pursuers.

Turley finds the bar, a packed dive owned by Harriett, “a very fat woman in her middle forties. She had peroxide-blonde hair, a huge, jutting bosom, and tremendous hips.” Her common-law husband, a former wrestler known as the Harelyville Hugger, is now the bar’s bouncer. It’s a rough joint in which the only civilizing influence is the piano player in the back of the house. Despite the din of a workingman’s gin mill, Eddie just sits and plays, an approach rooted more in psychology than philosophy. There’s also a waitress, evidently the latest in a string of short-term hires. The bouncer would like to play house with her.

The scene of our tale, Philly in the 50s. It still looks a lot like this.

Turley finds the bar and appeals to Eddie for help. The waitress, Lena, also catches his eye. If Eddie’s pulse is even raised by the appearance of his brother it’s difficult for us to know. So difficult, in fact, that it’s somewhat a surprise when the pursuers arrive and Eddie helps Turley escape them, doing his best to make it appear an act of incidental clumsiness. He departs with Lena at the end of his shift certain he’s being followed. By the time he awakens the next morning in his SRO, his building is being watched.

The pursuers, who bear typically noirish identities–Feather and Morris—engage in a meet and greet. They want Eddie to help them find his brother. Eddie claims ignorance. The thugs aren’t buying it. Eddie is saved, if only temporarily, by the intervention of Lena who crosses paths with them as she makes her way to work. They both know they have a problem.

The waitress also knows Eddie has a past. He hasn’t always been a guy working in a dive,  living in a flophouse, passing the occasional stretch of time with the next-door working girl. The past Lena knows about has nothing to do with the thugs on their tail or Eddie’s troubled family life. She doesn’t even know he’s a veteran, maybe even a minor war hero. No, what she knows is that he had a career, however brief, as a concert pianist, debuting in New York at Carnegie Hall. 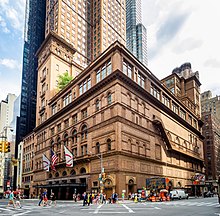 How many raffish tales start out on the docks and wend their way through Carnegie Hall?

What’s a concert pianist doing in a dump in Philly playing for nickels? Why do the thugs want his brother? Just what kind of family spawns a dimwit and a musical prodigy? And just how much action can be crammed into a period lasting 72 or so hours?

Goddis answers all these questions and more in this tightly written, closely plotted tale. Unlike the book I wrote about last week, there are no freelance superagents in the offing. There’s Eddie, Lena, his hands and their combined wits. That’s it.

To say much more is to give away too much of a truly original plot. So allow me to step back and consider this novel in light of the Thompson, Highsmith and Willeford offerings that also appear in the volume. More than ever I think two things separate them from the earlier volume of 1940s tales.

The first is the war. It’s not that Cain and Hammett eschewed violence. Their heroes, though, were essentially knights-errant. In their case, violence was part of the package, a necessary tool used in pursuit of a more noble cause. In the aftermath of a global war that witnessed millions of deaths, industrial genocide and two nuclear attacks, violence appears without warning and serves no noble purpose. In a way, these stories embody atavism, as though cave dwellers found themselves scripted into a Paul Muni feature. 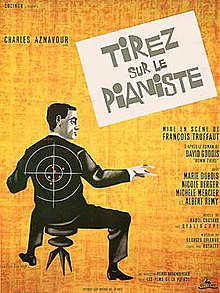 Then there are the psychological fascinations of the era. In mid-century, psychology invariably leaned heavily on Freud. It’s possible to read any of these books through the prism of the great Doktor‘s thinking. I’m not certain that Freudian analysis offers any sort of universal benefit but the “insights” he developed seem to offer some explanatory framework for an otherwise senseless world.

There’s a full volume of Goodis’ work in the Library of America series. And François Truffaut‘s 1961 film, Tirez sur le Pianiste (Shoot the Piano Player), is based on this book. If you find your interest piqued, either one strikes me as a good place to start.