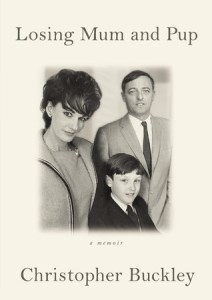 When it comes to enshrining the obvious, you have to acknowledge the preeminence of the US Supreme Court. “Death is different,” they told us in 1976. The clarification hardly seems necessary.

Yet death, that most unwelcome of drop-by visitors, often seems to bring out the best in some writers, best defined as moving them from my “I don’t get the appeal” column to a place of grudging respect if not outright admiration.

The latter category is sparsely populated. Currently, it holds only one scrivener, Joan Didion. She earned that spot by dint of the impact her memoir of two deaths had on me. That book was a masterful work of talent, craft and precision set in the service of the rawest of emotions

Christopher Buckley, the only child of Patricia Taylor Buckley and William F. Buckley, Jr., hasn’t achieved nearly as much with his memoir of the year his parents both died.  But it strikes me that to not take note of the difference between this book and others of his I’ve read would be unfair. Yes, death makes a difference. 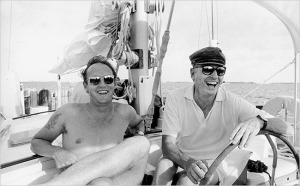 As a writer, Buckley fils is known as a satirist, a genre I neither avoid nor seek out. I’ve only picked up two of his books before now. The first, the novel-made-into-a-film Thank You for Smoking, is meant to be a send-up of lobbying. The second, a collection of shorter pieces entitled Wry Martinis, sits upon my desk, unfinished still, eighteen years after I packed it as the only reading material for a whirlwind weekend in Cleveland. That’s some stretch, even for me.

Oddly, I’ve read quite a bit of Bill Buckley. That’s a statement typically taken as a serious breach of decorum by my educated-to-be-liberal-if-not-progressive classmates and friends. If conservatism is inarguably bad, the argument seems to proceed,  then the most visible promoter of its post-WWII renaissance must be the devil incarnate. What muddle-headed poppycock!

If this book and WFB’s life suggest anything it’s that one’s political beliefs are simply that–political beliefs. Were Bill Buckley as dogmatic as some others, his circle of friends would have been greatly circumscribed. He cast a wide net, to be sure, but for every long-lived feud (Gore Vidal) there’s an offsetting improbable friendship (Norman Mailer). Despite all this nonsense about Main Street sunbelt Republicans, Buckley’s was a distinctly northeastern, distinctively Ivied set. 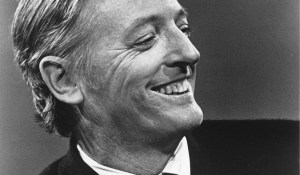 Mostly, I found him amusing. The at-times near-horizontal posture hosting Firing Line. The obscure word choices designed, I’m convinced, to send legions of adversaries scurrying for Webster’s or the OED. The cheek in creating a fictional character who found reason once each volume to praise National Review or its editor. The audacity of his political campaign and his debating tactics. His inability to see how his perfectly reasonable thoughts would play beyond his immediate circles. There was almost something anarchic about the whole performance.

Maybe that’s his appeal for me; I always enjoy a good bomb thrower. What Buckley wasn’t–and this may seem odd given his association with stolid established enterprises–was an institutionalist. To me, he was an intellectually-inspired entrepreneur, a man willing to build a business to serve an idea.

Whatever its impact,  a small circulation journal like National Review can’t properly be described in institutional terms. There are, of course, institutionalists in the conservative movement. But Buckley’s relation to them strikes me as akin to Thomas Paine‘s with James Madison. Some folks are just too independent to play well with others. 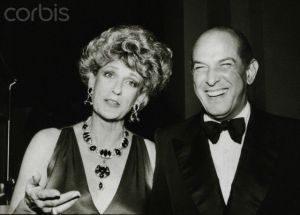 A woman who enjoyed a party and loved her designers. Pat Buckley with Oscar de la Renta.

At Bill’s side, throughout, was Pat, the debutante from BC who was his helpmeet, conscience and bridge to the UES social world that took shape during the mid-1960s. Truthfully, I never paid much attention to such things but Pat Buckley floated in and out of the papers–and my consciousness–for years, often at the heart of some imbroglio. In my memory, she’s a WASP-y Blanche Madison, though the book’s cover photo, probably from the early 1960s, indicates an almost Jackie-like presence.

Both the people I just described may be found in this book. You might even say those are cartoons of two actual people, created for tabloid consumption. The question I have is, what did the author gain by pulling back the scrim that helped maintain the public image?

Here we see Pat,  in her cups or something stronger, lashing out with unexpected vitriol at a teenager. Somewhat methodically she has surgically minimized, if not eliminated, almost all contact with Bill’s large family. And while she’s quick to defend her men, she’s also quick to cut them down to size with a tongue no less lacerating than her husband’s. I might be more surprised if I didn’t have first-hand experience with such women myself. 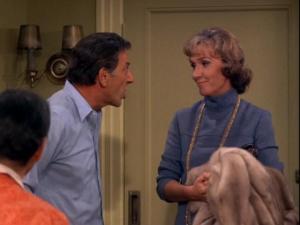 And what about Bill, the lion of the conservative movement? His addictions appear myriad: work, travel, Swiss sleeping pills, Ritalin–and those are just the ones I can remember. What devil has Christo faced down by informing us of his father’s late-in-life predilection for opening the doors of moving vehicles to relieve himself? And what should we make of a father-son relationship reduced, at times, to electronic epistolary form?

Maybe this is what happens when an author assumes an outlook that doesn’t fit naturally. When it comes to memoirs by children of famous parents, the form requires that one acknowledge and forgive one’s parents’ faults. But it works better if those faults cause the writer personal suffering that can be overcome.

Christopher Buckley’s blind spot is an inability to recognize privilege. Although he makes footnoted stabs at establishing yardsticks, they don’t really work. (“My parents were wealthy by any standard, but not (as Mum used to put it) “rich-rich.”) In this respect, he’s like the fish that mightn’t understand it lives in water. Fairfield County, boarding school and Yale don’t offer the best template for understanding the life of more typical Americans.

William F. Buckley was a rich man’s son. The least believable parts of this book were the author’s repeated attempts to suggest his male principal was a self-made man. 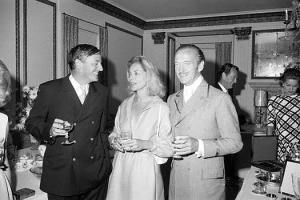 Put simply, the Buckleys knew they were rich and, what’s more, they enjoyed it. Waterfront property in Connecticut. A Park Avenue duplex. Winters in Gstaad. Galas and black-tie affairs galore. (Wikipedia lists Pat’s occupation as “Socialite.”) They hardly hid their good fortune. So I wonder why Christopher felt the need to make an almost Weberian case for his father’s economic success. It’s a rather Calvinist proposition to apply to a voluble Catholic.

Despite all that, I don’t think this book is meant to settle scores. I think Christopher was trying to show us that he loved his parents, whatever their faults. I’m sure the short span between their deaths amplified the impact of their passing.  I had 13-plus years to make peace with my father after my mother died. Things I experienced years apart happened within months for Christopher. I feel for him.

Still, I couldn’t help wishing for a bit more honesty. Is it testimony or advocacy to insist that one’s father was a great man? To compare him with Churchill? By all means, celebrate his success in several media channels, admire his accomplishments, be thankful for having had him as a father, but, please, have a little perspective.

Maybe that’s asking too much. We all end up burying the people who gave us life and remembering them in a way that makes sense to us.

Some of us even write about it.