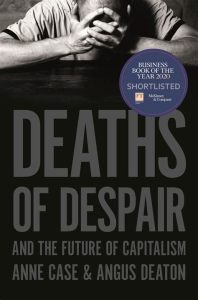 Joseph Heller once said the effect he was striving for in his second novel, Something Happened, was for the reader to feel like a piece of metal banged into a new shape by the repeated blows of a ball-peen hammer.

I don’t recall feeling that way after reading the novel, but the far more than 400 blows delivered in this book stopped me dead in my tracks for months, a mere 40 pages from the end.

Still, it’s only been a year since I first learned of the book, a record pace in these parts. I did, in fact, tear through it at first. In many ways I’d hoped it would be the quantitative counterpart to Arlie Russell Hochschild‘s qualitative study of conservative working class voters in Louisiana.

I’d thought that Hochcschild posited an interesting typological model and I suppose I wondered if it could be borne out in the numbers. Silly me, I should know better. Expecting the quantitative to follow the qualitative is so … I don’t know … textbook? I mean, it’s not like we’re dealing with a hard science here, this is academic social science at the highest level. It’s every man, woman and couple for themselves. 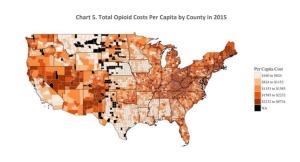 A national crisis concentrated where jobs have evaporated. The data aren’t pretty.

My hopes dashed I turned to the data. If you follow these trends, as I try to, you won’t find anything new here. Still, the accumulation of so much documented misery reduced to charts and graphs spread across a readable couple of hundred pages is cumulative and devastating. For the policymaker or interested reader not able to invest the time along the way, it’s as handy a reference as you’ll ever find.

What Case and Deaton have done is assemble a numerical picture of the economic immiseration, and the consequences accompanying it, that’s descended upon the working class over the course of the past 4 decades or so. It’s a by-the-numbers version of a familiar story: a shrinking manufacturing sector, at least in terms of employment, makes it harder for people with only a high school education to make a living. Sometimes they can’t even do that. 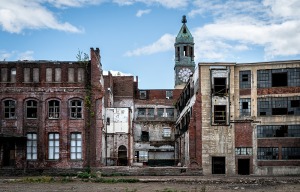 Abandoned factories aren’t just a loss to the owners, they impact the surrounding community.

What ought to be apparent is that work makes other things possible. The golden era of early post-War manufacturing jobs paying healthy wages wasn’t just good for individual families. The relative economic security made vibrant community life possible. So sure, when we work we toil, But isn’t the goal to work to live, not the other way around?

There’s a question lurking in this book that’s never asked as directly as it might be.  What is the purpose of an economy? For decades now the dominant answer–or at least the one acted upon by both sides of the spectrum–has been that the goal is to maximize output, most often defined as profit. At one extreme that’s the only goal. Do that, Friedman seems to suggest, and the folks who end up with the money will figure out what’s best by the way they spend theirs.

When you think about it, that sounds more like alchemy than the hard science economics strives to emulate. To be fair, we are now decades into Friedman being watered down and parrotted in bite-sized doses by generations of b-school grads, econ profs and conservative pols. If ever it was science it’s long since become religion. 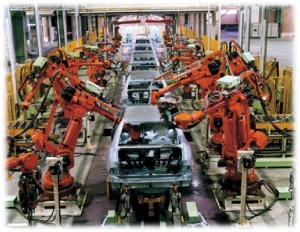 The results for a significant chunk of the population have been devastating. While the bottom half of the income distribution as a whole has suffered, some sub-populations have fared far worse. White males with high school educations have fared particularly poorly and the resulting pathologies spike for this group, although lately females with similar educational attainment have started to replace them.

Alcoholism. Suicide. And perhaps most devastating, opioid addiction. I say the last is the most devastating because the effects are most predictable. We’ve been here before with heroin in the 1970s and crack cocaine in the 1980s. Entire urban communities imploded from the increase in crime and the decreased commitment to community. The effect has been no different in rural areas. 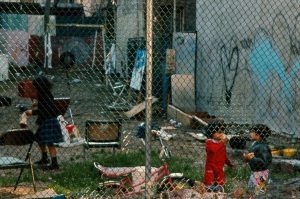 This is your society on drugs. A playground in NYC at the height of the crack epidemic.

There’s another way to tell this story and it’s one the authors dance around. What we have here, I submit, is a mess attributable in large part to the failure of elites. A catastrophe of this size has many authors and there’s plenty of blame to pass around.

Who doesn’t own part of this problem? The free-market economists and business leaders averring, and offering mathematical proof that, in the long run, this is all for the best? The politicians and policymakers who thought the answer was to expand college education to as many as possible? The “dream hoarders” who got theirs and left others to figure it out for themselves?

Case and Deaton were never going to go there. For scholars concerned with negative impacts they demonstrate a decidedly tin ear for how they come across. Consider that the book begins with an anecdote about the month they spend each summer in Montana. I recall Robert Rubin, upon leaving office, telling an interviewer he planned to fly fish in Montana for a month. 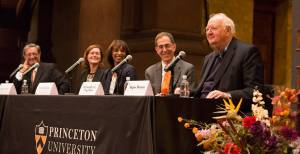 Our authors aren’t “just folks” and its ridiculous to ignore one’s elite status unless it’s common to list a recent President of the United States among the people who helped shape your manuscript. They’re Princeton University professors. Deaton is a Nobel laureate. As much as anyone they own this problem and yet I find scant acknowledgment of that other than writing a book.

A beneficial act that results in a benefit to the actor is hardly charitable. In the face of such behaviors is it any wonder that the entire edifice is called into question. I may smile at AOC‘s regurgitation of left-y academic economics and sociology, but at least she’s clear about who’s to blame.

And despite my best efforts, I’m sure that even includes me.