As a good example of a Myers-Briggs NTP, I’m forever conceiving grand projects, the greatest number of which fail to come to fruition.

Close readers will note my attempt to sidestep the responsibilities of agency through use of the passive voice. I suppose that makes me a sometimes scoundrel. This END_OF_DOCUMENT_TOKEN_TO_BE_REPLACED 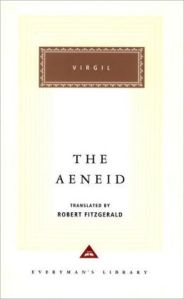 That headline is a tad misleading because it’s only true if the proper sequence is followed. Given that it’s taken me a year to get around to writing about this work, I ‘m the last person to talk about timing but indulge me, it’s been a busy 12 months.

As a precocious 8-year old set free in a pretty good children’s library, I stumbled across a book of Greek myths. I was immediately captivated. So much so that I became at an early age that most lamentable of male types: the lunatic completist. I read the Greeks. Then the Romans. The Egyptians. The Norse. Who needed super heroes? These END_OF_DOCUMENT_TOKEN_TO_BE_REPLACED