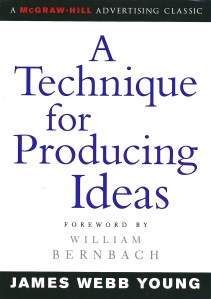 Like everyone, okay, like many people I know, there are days when I doubt the choices I’ve made. I’m talking about the big choices and among the biggest is what I’ve chosen to do to earn my bread.

On the best of days–and oh how I wish there were more of those–I’m pretty certain I could have made another choice. But I’m also pretty certain that the outcome would have been merely different rather than better.

Because when I’m not dealing with the foolishness that besets most businesses most days I get to immerse myself in the only thing that’s ever really mattered to me: ideas. 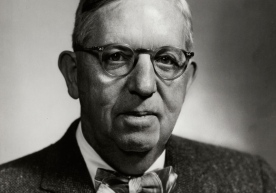 Let me be clear at the outset. For me an idea is the last Romantic–with a capital ‘R’– ideal on earth. It’s what comes first, the human-scale equivalent of God saying, ‘Maybe we should have a universe.’  Maybe we should and see what happens.

The process- and task-oriented will never understand this, certain as they are that everything can be systematized, improved and made efficient. Which is why this slim, important book which took form six or seven decades ago will lure them in and leave them wanting.

I,  on the other hand, believe it’s a gem and try to re-read it every couple of years as a refresher. 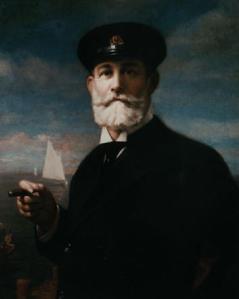 J. Walter Thompson himself
In a business devoted to creating images, can we fault him for styling himself a Commodore?

Young was a copywriter, a Thompson ( as in J. Walter) man who had quite a career. He penned some notable ads. He was first President of the Ad Council. He retired from advertising and launched a mail order business from his retirement home in New Mexico. The One Club claims he shares credit for the development of the testimonial, the  money back guarantee and the coupon.

On that front, although admittedly without a lot of hard evidence, I’m a bit unconvinced.  Young’s contemporaries include Claude Hopkins,  John E. Kenendy and John Caples.  At least two of them are  renowned as masters of mail order (read coupon) advertising. So let’s not overstate a venerable career by veering into hagiography.

Before I get to the technique–and that’s what you all care about, really, isn’t it?–it’s worth calling attention to one of the more preposterous mispricings of our digital era.  Buy this book in printed form and you’ll cough up $6.95 to the vendor of your choice.  Think that books somehow represent a crime against trees (in reality, books, like trees, are a form of carbon sequestration) and you can procure a pdf of the same material for the princely sum of $9.  I hope that’s an experiment rather than a pricing strategy. 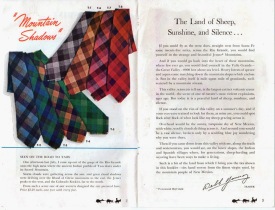 A spread from the Webb Trader catalog, the mail order business Young built in his retirement. Pre-Peterman Peterman copy. Worth clicking on and reading.

Now about that technique.  Early on Young defines just exactly what he means when he speaks of an idea.  The normal sources (for example, here and here) aren’t terribly helpful. Here’s the first surprise, Young borrows his definition from Vilfredo Pareto, the great Italian sociologist, which is best summarized as a new combination of existing elements. (Young’s exact phrasing is ‘nothing more nor less than…’ such a combination.)

That ought to be the first clue that something different is going on here. I don’t know many present-day, Pareto-citing copywriters. It’s the MBAs  and engineers who love Pareto. Personally I think that’s because they are attracted to the utility of ‘rules’ and the 80/20 rule was named after Pareto who merely made an observation that held for land ownership in Italy and peas in his garden. But, I digress. 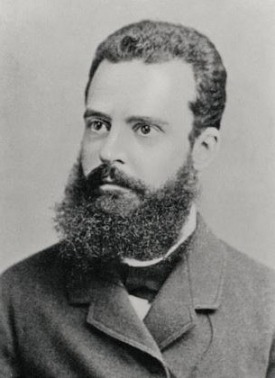 (I’m not through with digressing. So skip this paragraph  and the next if you like. Pareto was a polymath who turned his hand to many practical things. He’s arguably among the first to try applying the mathematics of the natural sciences to the messier world of social interactions. His impact in economics is huge and all those equation-loving quants owe him a great debt.

Less well-known is that when the math didn’t really pan out as a great way of explaining or predicting human behavior he turned himself into one of the world’s great sociologists. My favorite Pareto quote is “When it is useful to them, men can believe a theory of which they know nothing more than its name.”  Back to the main thread now.)

Here’s the technique in my words, not Young’s:

That’s it. But I give you fair warning. Those task- and process-folks I spoke about at the beginning? They don’t believe this works and they’ll think you’re not working while you’re engaged in it.

But if you’re drawn to ideas spend the $6.95. It’s worth owning the print version of this small, important book.